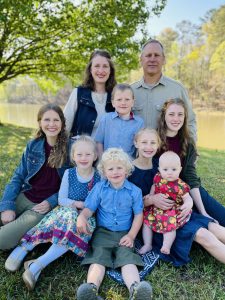 First and foremost, Doug seeks to be a follower of Jesus. The desire of his life is to honor Him in all that he does, leading both his family and others to know and love Him, though he fully acknowledges he fails in this desire far too often and leans heavily upon His grace.

One of the things Doug acquired early in life was a solid work ethic.  Growing up in Brewton, Alabama, he began his own lawn service at the age of 10 and continued until he left home for college.  Continuing this work ethic, he earned a place on Auburn University’s football team as a walk-on and eventually led as Captain of Special Teams his senior year, all the while working through summers and holidays to pay his way through school.  Additionally, he found time to volunteer at a local development center for troubled youth as well as lead the Fellowship of Christian Athletes at Auburn.  After college, he dedicated a year to mission work in South America, then moved to the Atlanta area as a teacher for Dekalb County.  He well understands both the joys and the trials of that noble profession.

Doug eventually became a small business owner for 18 years, obtaining the goal he set out to accomplish.  Early in the business he founded, he re-structured it not only to support his family but also to achieve a specific purpose.  The business model sprang from the seeds of an eight-year ministry he and his wife Sarah shared among urban children and youth in “inner city” Atlanta.  During those years, they saw the need for young men, especially those who came from fatherless homes, to learn to work with diligence and integrity.  They began Windows Etc. Cleaning Services with the goal of incorporating both job skills training and Christian discipleship to equip these young men with the necessary skills to be successful in the workforce and thus enable them to climb the ladder of authentic prosperity.   Please see the “A Beautiful Story” page of this website to see an example of the fruits of their ministry/business.

In August of 2018, Doug and his family moved back to his home state of Alabama.  He taught school and coached in Russell County before finally settling in Sylacauga, where he has lived for the past two years.  As a devoted family man, he and his family are all highly active in a wide variety of opportunities that Sylacauga has to offer for their youth.  They reside in “Mill Village” and have continued the same spirit they had in Atlanta of utilizing tangible ways to meet people’s needs and seeing positive results in leading them toward “the abundant life” Jesus came to provide.  Occupationally, he and Sarah have worked hard these last two years to support their family through multiple opportunities.

Providing for his wife Sarah and their seven children, Doug understands the concept of living within his means and streamlining a budget to make ends meet.  He understands the many challenges that face a small businessman.  Taking care of his dad in their home, who was afflicted with dementia and other ailments the last several years of his life, Doug gained a valuable perspective on elder care, especially through partnering with the Meals on Wheels of Atlanta Senior Center.  He was able to see the success of collaborative efforts between local government and the private sector and served as an advocate for funding of that program both before the Fulton County (GA) Commission and private donors.  Doug got “his feet wet” politically as he was the Republican nominee to represent Georgia’s 5th Congressional District in the U.S. Congress in 2016, garnering 46,768 votes running as a conservative in one of the most liberal districts in the nation against civil rights icon and long time U.S. Congressman, the late John Lewis. 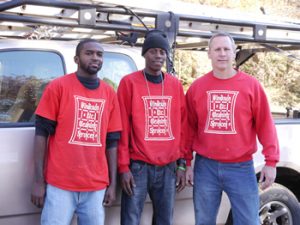 Growing up in Brewton, attending Auburn University for four years, working in a very poor section of Lima, Peru for a year, living primarily in inner city Atlanta for twenty-five years, and now back in East Central Alabama for the last three years; he has gained diverse perspectives and his heart for outreach and helping people crosses all perceived boundaries of race or socioeconomic status.  He welcomes opportunities to share his practical ideas and solutions to problems, to learn from his opponents as well as to persuade them.  As an elected representative in our government, his passion and joy would be to effect meaningful legislation to positively impact the people he represents.